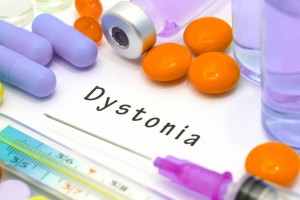 Dystonia is a neurological movement disorder characterized by involuntary muscle contractions that cause slow repetitive movements or abnormal postures. The movements may interfere with daily activities, and some forms of dystonia may be painful. Some individuals with dystonia may have a tremor or other neurologic features. Dystonia is not a psychological or psychiatric disorder. There are several different forms of dystonia that may affect only one muscle, groups of muscles, or muscles throughout the body.

Dystonia is the third most common movement disorder behind essential tremor and Parkinson’s disease, affecting an estimated 500,000 adults and children in North America alone, with some estimates reaching numbers far greater than this.

Please take a moment to watch our What is Dystonia video.