What are the Symptoms of Dystonia? 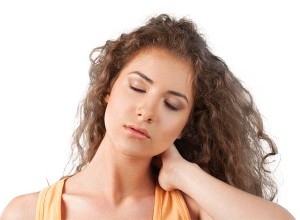 Dystonia can affect many different parts of the body, and the symptoms are different depending upon the form of dystonia. Early symptoms may include a foot cramp or a tendency for one foot to turn or drag—either sporadically or after running or walking some distance—or a worsening in handwriting after writing several lines.  In other instances, the neck may turn or pull involuntarily, especially when the person is tired or under stress. Sometimes both eyes might blink rapidly and uncontrollably; other times, spasms will cause the eyes to close.  Symptoms may also include tremor or difficulties speaking.  In some cases, dystonia can affect only one specific action, while allowing others to occur unimpeded.  For example, a musician may have dystonia when using her hand to play an instrument, but not when using the same hand to type.  The initial symptoms can be very mild and may be noticeable only after prolonged exertion, stress, or fatigue.  Over a period of time, the symptoms may become more noticeable or widespread; sometimes, however, there is little or no progression. Dystonia typically is not associated with problems thinking or understanding, but depression and anxiety may be present.

When Do Symptoms Occur?

Dystonia can occur at any age, but is often described as either early, or childhood, onset versus adult onset. Early-onset dystonia often begins with symptoms in the limbs and may progress to involve other regions. Some symptoms tend to occur after periods of exertion and/or fluctuate over the course of the day. Adult-onset dystonia usually is located in one or adjacent parts of the body, most often involving the neck and/or facial muscles. Acquired dystonia can affect other regions of the body. Dystonias often progress through various stages. Initially, dystonic movements may be intermittent and appear only during voluntary movements or stress. Later, individuals may show dystonic postures and movements while walking and ultimately even while they are relaxed. Dystonia can be associated with fixed postures and shortening of tendons.