What Treatments are Available?

Currently, there are no medications to prevent dystonia or slow its progression. There are, however, several treatment options that can ease some of the symptoms of dystonia, so physicians can select a therapeutic approach based on each individual’s symptoms. In most cases, the type of doctor who is typically trained to diagnose and treat dystonia is a movement disorder neurologist. Otolaryngologists, neuro-ophthalmologists, physiatrists and ophthalmologists may also treat focal dystonias that fall under their practice and specialties.

The most commonly used treatments may include one or more of the following: 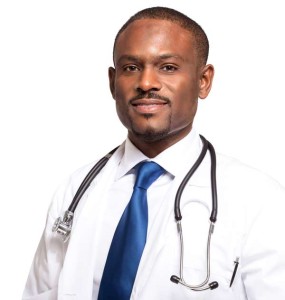 Botulinum-toxin.  Botulinum injections often are the most effective treatment for the focal dystonias.  Injections of small amounts of this chemical into affected muscles prevents muscle contractions and can provide temporary improvement in the abnormal postures and movements that characterize dystonia. First used to treat blepharospasm, such injections are now widely used for treating other focal dystonias. The toxin decreases muscle spasms by blocking release of the neurotransmitter acetylcholine, which normally causes muscles to contract.  The effect typically is seen a few days after the injections and can last for several months before the injections must be repeated.  The details of the treatment will vary among individuals.

Medications.  Several classes of drugs that affect different neurotransmitters may be effective for various forms of dystonia. These medications are used “off-label”, meaning they are approved by the U.S. Food and Drug Administration to treat different disorders or conditions but have not been specifically approved to treat dystonia.  The response to drugs varies among individuals and even in the same person over time.

Deep brain stimulation (DBS) may be recommended for some individuals with dystonia, especially when medications do not sufficiently alleviate symptoms or the side effects are too severe. DBS involves surgically implanting small electrodes that are connected to a pulse generator into specific brain regions that control movement.  Controlled amounts of electricity are sent into the exact region of the brain that generates the dystonic symptoms and interfere with and block the electrical signals that cause the symptoms. DBS should be conducted by an interdisciplinary team involving neurologists, neurosurgeons, psychiatrists, and neuropsychologists, as there is intensive follow-up and adjustments to optimize an individual’s DBS settings.

Other surgeries aim to interrupt the pathways responsible for the abnormal movements at various levels of the nervous system. Some operations purposely damage small regions of the thalamus (thalamotomy), globus pallidus (pallidotomy), or other deep centers in the brain. Other surgeries include cutting nerves leading to the nerve roots deep in the neck close to the spinal cord (anterior cervical rhizotomy) or removing the nerves at the point they enter the contracting muscles (selective peripheral denervation).  Some patients report significant symptom reduction after surgery.